Favourite Thing: I love performing astronomical observations — staying up all night operating massive telescopes, and knowing that the information that I am collecting will help us learn about the history of our universe. Few feelings are better than watching the sun rise after spending all night doing awesome science.

I moved a lot throughout the United States when I was growing up — I attended about 10 different schools before starting university.

After my Ph.D., I held postdoctoral research positions in the Centre for Cosmology and AstroParticle Physics at The Ohio State University and the High-Energy Physics Division at Argonne National Laboratory.

Me and my work

As an Instrument Scientist, I am helping to build cutting-edge new instruments for telescopes around the world.

There are many different projects that I am involved in currently.  I helped to build the Dark Energy Camera, pictured below: 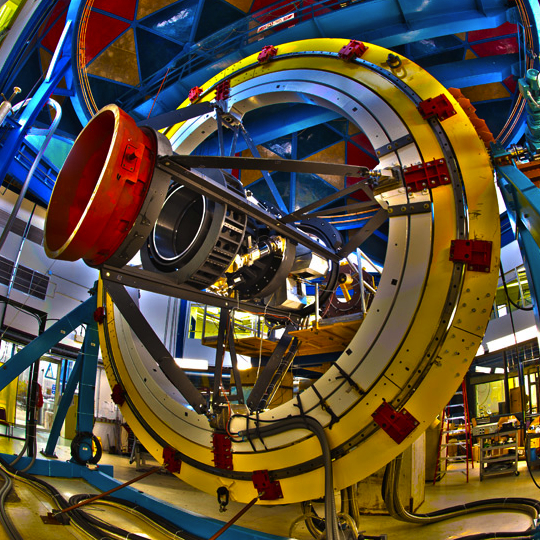 It is a very sensitive digital camera much like one that might be in your smartphone, only much bigger — it is more than 1 metre across and has 62 separate detectors that together have 570 million pixels: 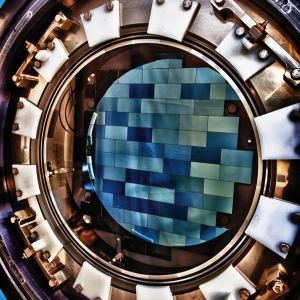 This camera is mounted on a large (4 meter) telescope in Chile; the six-story dome that holds this telescope is pictured below: 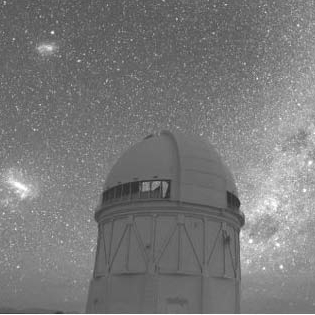 I am currently analysing data to help us understand how this camera is performing.  We are also in the early stages of building a telescope that will use fibre-optics to collect the light, and tiny robots to position each of the fibres precisely so that it can collect the light from very faint stars or galaxies.  Pictured below are four of the “StarBug” robots “walking” along a glass plate in order to put the fibre just where we want it to be: 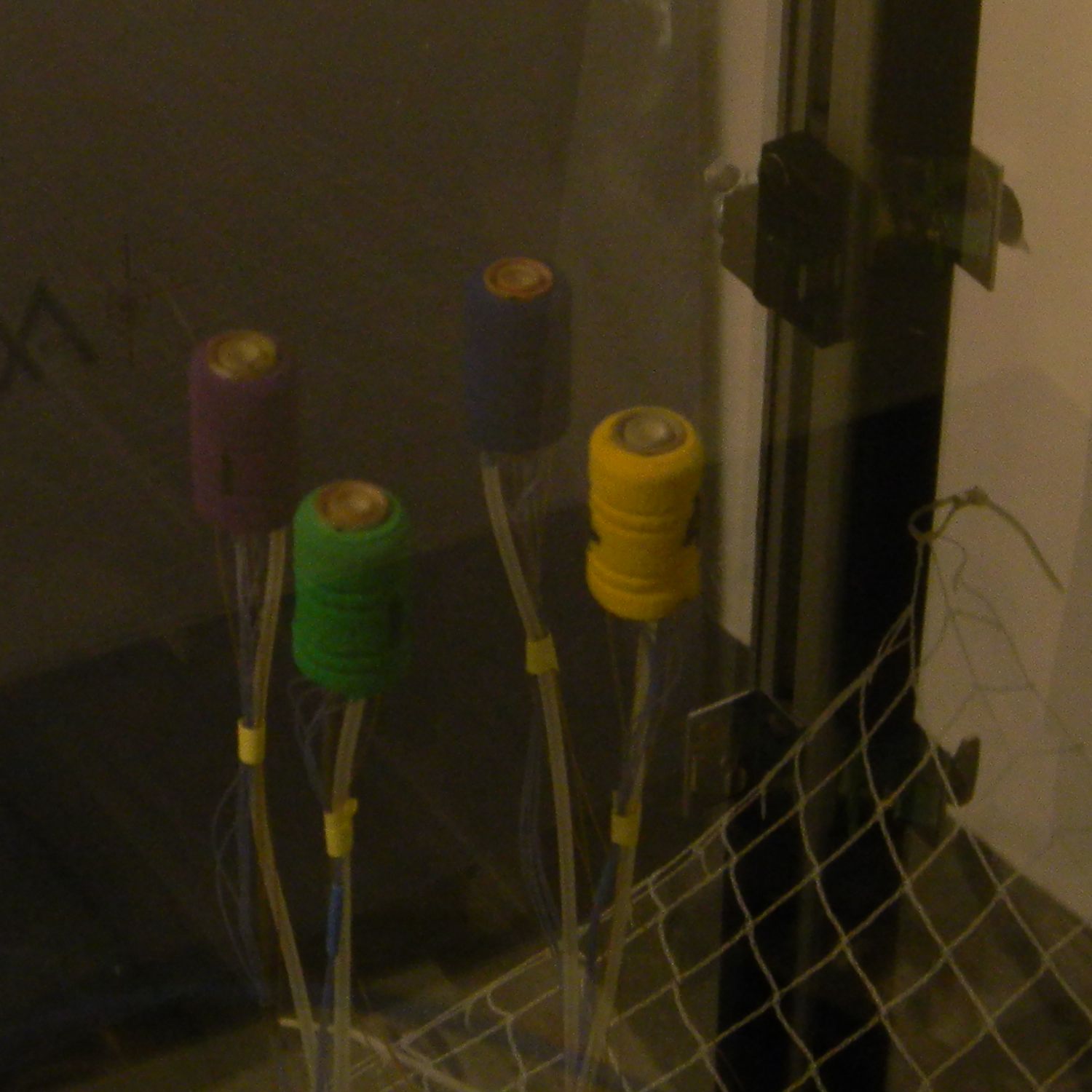 A lot of my work requires me to translate the scientific goals of the astronomers into the performance requirements for each of the parts that the engineers build, so I need to have a lot of expertise in both astronomy and engineering!  Pictured below is the testing equipment that helps us to see how the StarBugs perform when they are upside down or sideways: 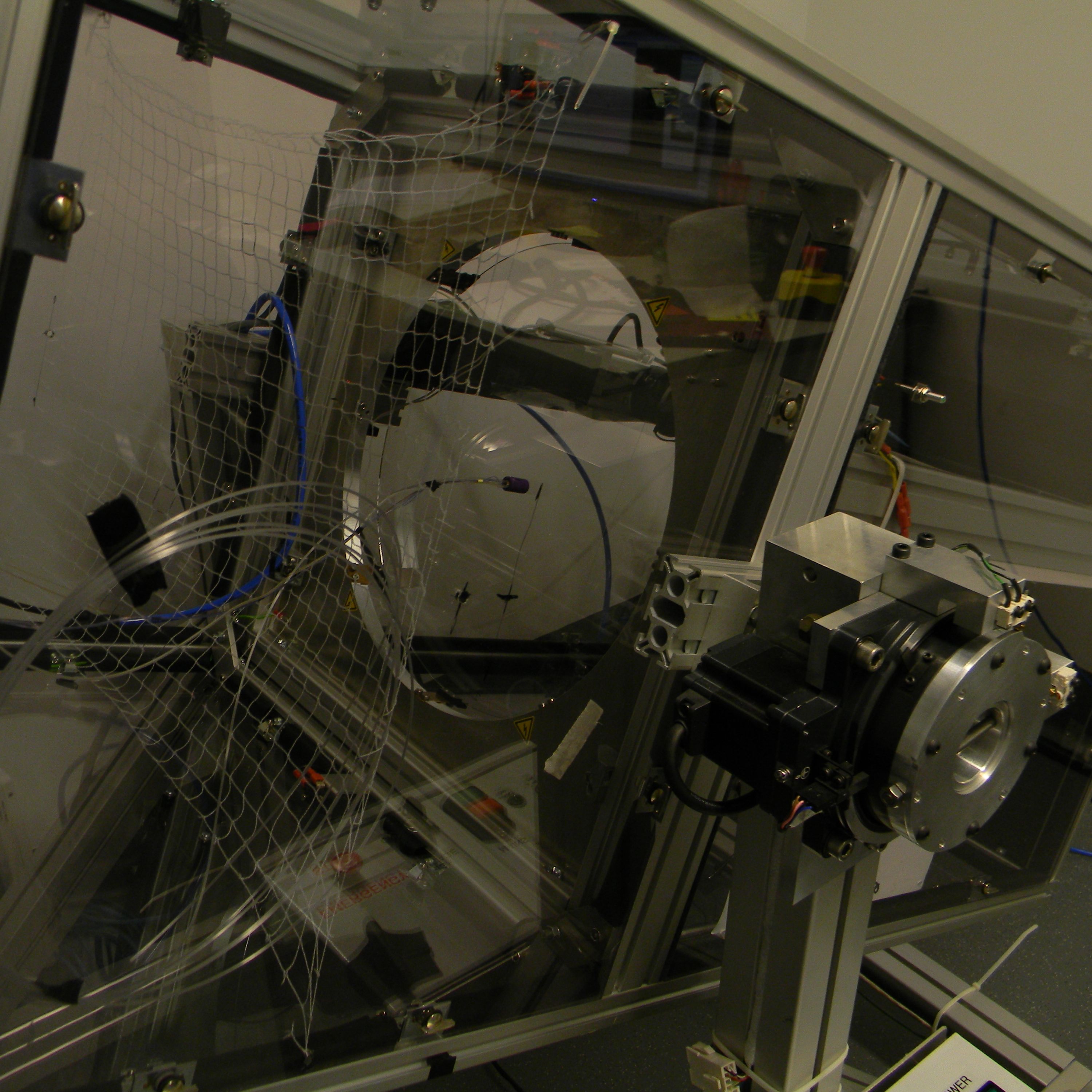 You can see that the StarBug is still connected to the glass plate, so it passed our test!

My typical day will be a combination of testing the components of a new astronomical instrument we are in the process of building and analysing data from instruments that have already been built.

I will usually spend part of my day on several different projects, which means I never get bored.  That often includes doing mathematical calculations to understand how the new telescope that we are building will perform, and then switching to analysing data from the Dark Energy Camera.  Below, you can see an example of one astronomical image with the smaller rectangles representing each of the 62 separate detectors: 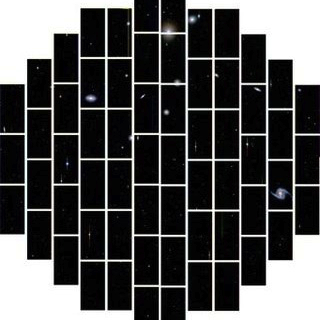 On the right hand side of the image is a beautiful spiral galaxy that is expanded into a larger image below: 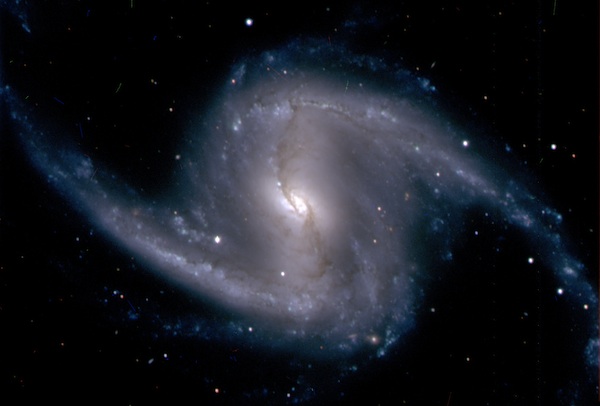 I am also working right now with a couple of uni students to prepare a computer program that will automatically compare different astronomical observations to help us understand the process of how gigantic stars collapse into black holes at the end of their lives.

What I'd do with the money

I’ve volunteered some time over the last few months at a local public school in the northern suburbs of Sydney, I’d like to use the money to expand the resources for their science courses, and especially their program to bring actual scientists into their classrooms!

I volunteered as an expert in the MyScience program at Epping West Public School, and I got to see first-hand how the students are learning about the scientific method and applying it to study the world around them.  I think it would be great if they had more resources to expand this program.  Like maybe a telescope so that any student could do scientific observations of the moon or Mars or Saturn, or even the Magellanic Clouds (which are usually hard to see from Sydney, because of all the “light pollution” from the city).

How would you describe yourself in 3 words?

Who is your favourite singer or band?

What is the most fun thing you've done?

Because my research involves large international scientific collaborations, I have really enjoyed traveling all over the world as part of my job!

If you had 3 wishes for yourself what would they be? - be honest!

1) I’d like to raise my daughter to be someone I’m proud of, 2) I’d like to be an astronaut, 3) I’d like to be in good enough shape qualify for the Boston Marathon — to even be allowed to enter requires running 42 km in about 3 hours.

What did you want to be after you left school?

I knew I wanted to be a scientist, but it wasn’t until later, at University, that I discovered how cool astronomy is.

Were you ever in trouble in at school?

There were several times when I arrived late to class without a good explanation. And then there was that time that I pretended that the (quite dead) frog I was dissecting leapt off the table and attacked me. I thought it was hilarious, but for some reason my biology teacher was not amused…

What's the best thing you've done as a scientist?

I’m very proud of the role that I’ve played in several large international scientific collaborations. The Dark Energy Survey and the IceCube Neutrino Observatory are very successful, and though there were hundreds of people who contributed to them, there are definitely parts that would not have succeeded without my efforts.

Tell us a joke.

My wife says I have a “dorky” sense of humor, so you probably don’t want to hear my jokes!

American football. Though since I moved to Sydney six months ago, I’m trying to learn how Aussie Rules footy is played.

My alma mater, The University of Southern California Trojans, has an American football team that I support religiously.